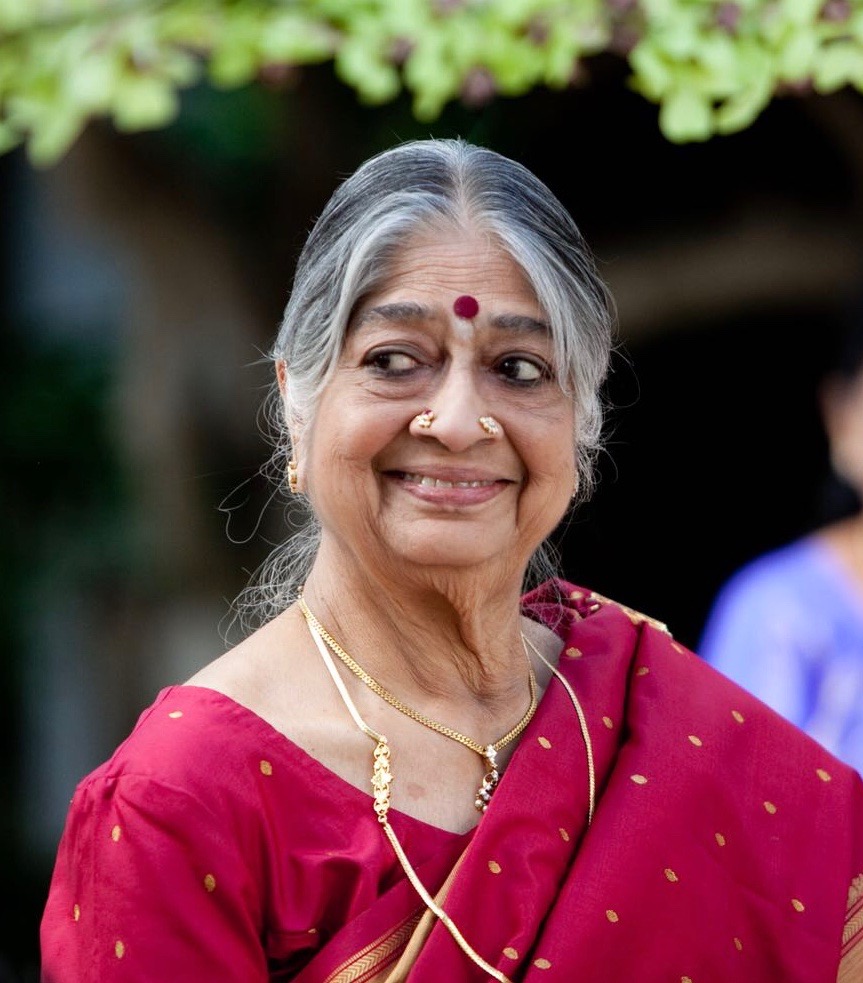 Kamu was born on October 11, 1935 in Chidambaram. She was a vivacious person and touched the hearts of anyone she came across.

She had for twenty years run a bhajan group called Shaankari and the ladies came faithfully each week venerating her as their spiritual guru. Her love for music and her "Devi Kataaksham" (her aura as the divine mother) was perceivable, and resulted in 400 wonderful keertanamas and bhajans, compositions which will remain as her legacy. Karunai Pozhiyum Kanngal was written about Shankaracharya who had blessed her mother with Kamakshi Meru resulting in her miraculous birth. It has been popularized by the late Maharajapuram Santhanam, who was a family friend.

Smt. Kamakshi's songs have been set to dance embellishing several Arangetram recitals in South Florida. She had performed with other seniors, popular Tamil songs creating nostalgic memories for many at a Tamil Sangam function and for the last two decades  had endeared herself to many of our friends and dear ones.

Her legacy will live on through her daughters Dharma, Lakshmi and Kanchana and  her sons-in law, grandchildren and great-grandchildren.